On the Photo: CerroNegroNorte Open-Pit Mine

The program of the visit was supported by leading Chilean technology and consulting company REDCO, specialists in digital mine planning, geomechanical modelling, audit of geotechnical structures and mine design.

The group visited Cerro Negro Norte mine located in Chile’s northern Atacama region, 32 km north of Copiapó. This is one of the most innovative and environmentally friendly mining complexes in the country with a focus on sustainable development. The mine is owned and operated by Pacific Mining Company, part of the CAP group. Current production is 4 million tons of pellet feed (iron concentrate) per year, which is transported in the form of pulp via an 82-kilometer-long concentrate pipeline to the Puerto Punta Totoralillo facilities. From there the cargo is shipped to its final destination.

The highlight of the programme was a site visit to the world’s largest underground copper mine, El Teniente, the largest operation by CODELCO. According to experts El Teniente is one of the most advanced automated underground mines in the world.

Since 2011 a $3.4 billion new production level has been developed and operated to extend the life of the mine by another 50 years. The main objective of the project is to switch to an underground operation of exclusively remotely controlled robotics equipment.

Minera Tres Valles is a medium-sized copper mine owned by the Canadian company Three Valle Cooper. The mine produces high-quality class A copper cathodes, which was achieved by processing ore from our Tres Valles mines, as well as ore purchased from local small miners. The mining operations of the company are located in the valleys of Chalinga, Carcamo and Chuchini, near the cities of Salamanca and Ilhapel in the southern part of the Coquimbo region. Minera Tres Valles is a private copper producer with 100% ownership of the Minera Tres Valles operating copper complex.

The complex has significant infrastructure, including a processing plant with a capacity of 5,400 tons of ore per day. The plant has a copper leach line that includes a four-stage crusher, sinter plant, heap leach pads and ponds, and an SX-EW electrolysis plant with an annual capacity of 18,500 tons of copper cathodes.

Some facts of Minera Tres Valles:
• Vale has invested over US$240 million into the site
• Crushing capacity up to 7000 t/day
• Chloride (salt) leaching infrastructure added in 2020.
• Strong local community support and partnerships with small local miners.

Volume and methods of extraction. The Don Gabriel open pit plan 852,000 t/y of ore, which equates to 2,400 t/d for 365 days a year. The Papomono Masivo underground facility uses a combination of front-end caving and block caving methods

During the site visit to Tres Valles mine visitors discussed mine planning, design and transition from open pit operation to underground mining.

Mining companies from Kazakhstan also visited BHP’s Minera Escondida remote control centre in Santiago de Chile. While touring the centre and getting to know the management of the mine, there was a lively discussion between the visitors and BHP engineers on automation and remote control of equipment operating at one of the largest open pit copper production.

Minera Escondida is a mining company that owns two open-pit copper mines in the Atacama Desert, 170 kilometers southeast of Antofagasta in northern Chile, at an altitude of 3,050 meters above sea level. It is currently the most productive copper mine in the world. In 2020 the mine produced 1,185 Mt of metal, primarily copper concentrate, and a small proportion of copper cathode. This is obtained as a result of leaching of both oxide and low-grade sulfide ores. The mine also produces gold and silver. According to the available data, this represented 9.5% of world production and 26% of Chile’s production.

Copper concentrate from Escondida mine is transported as a slurry via pipeline to the port of Coloso where it is dehydrated before being exported.

The mine started operation in late 1990s and has since increased throughput through phased expansions over the years. The third line for the production of copper concentrate with a capacity of 152,000 tons per day was commissioned in 2016. The plant increased its total copper processing capacity to more than 422,000 tons per day. The mine currently features three concentrators and two leach units (oxide and sulfide).

The ore is transported to two semi-mobile in-pit crushers for primary crushing prior to transport to the coarse ore stockpile. The stripping ratio is estimated to average around 1.7:1 over the life of the project. Mining trucks are dispatched and monitored by Wenco International Mining Systems and costs are managed by Mincom Mine Information Management System.

The Transeuropean Centre would like to expresses special gratitude to Olesya Dashavskaya and Enrique Rubio of REDCO, as well as all personnel and management of BHP, Minera Tres Valles and CODELCO for organizing and facilitating this interesting visit to Chile.

Digital ecosystems for well construction, optimization of drilling and production through digitalization and navigation systems for ultra-deep formations were the subjects of a detailed discussion in the program of technical visits organized by the Trans-European Center in September 2019 in Hannover and Celle (Germany).

The seminar was attended by a delegation of managers and leading experts of oil and gas and drilling companies from Russia, Kazakhstan and Uzbekistan, who also attended the Drilling Celle 2019 international congress on drilling technologies (with simultaneous translation into Russian) in Celle.

It was here that in 1859 the first oil field in Europe was drilled. Now in Celle Hanover there is a cluster of oilfield services companies and manufacturers of innovative equipment for the oil industry.

The delegation visited the technology and production centers of Baker Hughes, Goes Well GmbH and Weatherford Oil Tool GmbH. Among the participants of the event are heads and specialists of LUKOIL and its subsidiaries in Perm, Astrakhan, Kogalym and Usinsk, RITEK, Eriell Group, YugGazEnergia, Kazmunaygaz-Burenie, Burgylau and SibBurMash.

A group of managers of the leading Ukrainian metallurgical holding Metinvest studied and analyzed in detail the industrial safety standards that have been implemented at metallurgical and other industrial enterprises in the UK.

Ukrainian metallurgists visited the Normanton Steel Plant in Middlesborugh and the laboratory complex of the Technological Institute of Materials Science, where they got acquainted with the practical design of the safety system and exchanged practical experience with the plant’s specialists.

The seminar was also addressed by representatives of DNV-GL, the European Center for Process Safety (Rugby) and DuPont Sustainable Solutions. 3M / ScottSafety British specialists demonstrated the latest developments and safety equipment when working at heights, and Schenck Process (Germany) talked about the latest technological innovations in the fight against dust and air pollution in industrial premises. The program of the seminar, technical visits and Q&A sessions was informative and practical.

“Exemplary, highly productive, environmentally friendly mine”, – so the delegation of leading Russian and Azerbaijani gold companies described the Jokosivu mine of the Australian company Dragon Mining in Finland. The director of the combined mine, Timo Ridaskoski, shared his experience in organizing work and operating safety, showed a rescue chamber with an air supply for 8 hours (in case of an accident), delegates visited the working horizon, where production is under way, and inspected water treatment facilities. He drew attention to a uniquely low rate of injury: over the past 6 years the company has had one minor injury.
The participants in the Industrial Geology section also visited the core storage facility of the National Geological Administration of Finland in Loppi, where more than 3,000 km of core samples of various rocks from all known deposits and mining ore bodies of Finland are stored.
Representatives of Outotec, Weir Minerals, Epiroc, Mineral Exploration Network, Mine On-Line Service, IMA Engineering Ltd, Dr Yulia Cherepanova, Finnish Association for the Sustainable Development of the Mining Industry, etc. spoke to the participants of the seminar. 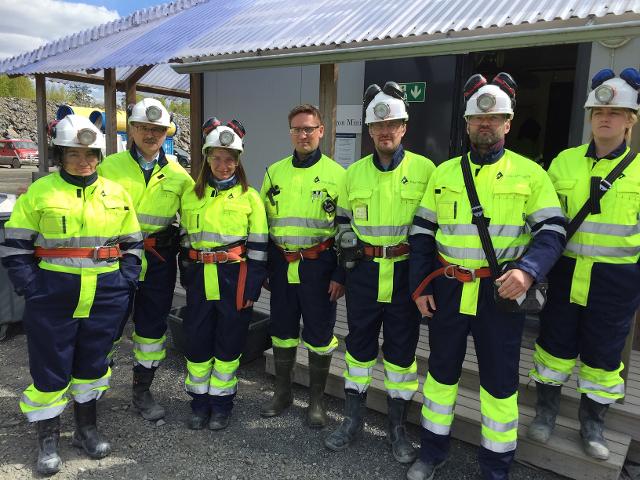 Photo 1 – Delegation at Jokisivu Mine 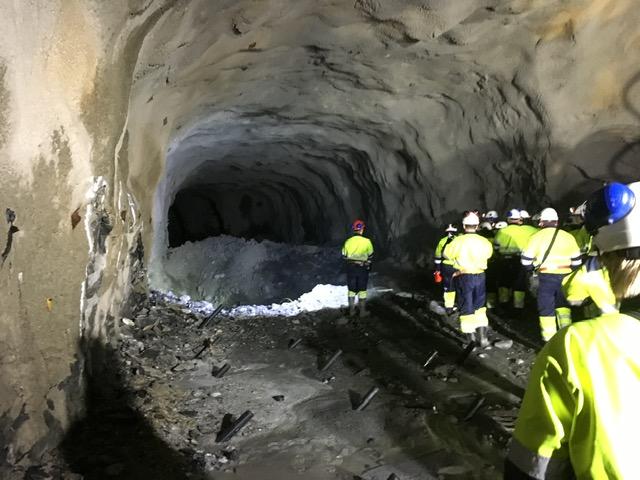 Photo 2 – Mining Stope at Jokisivu Mine 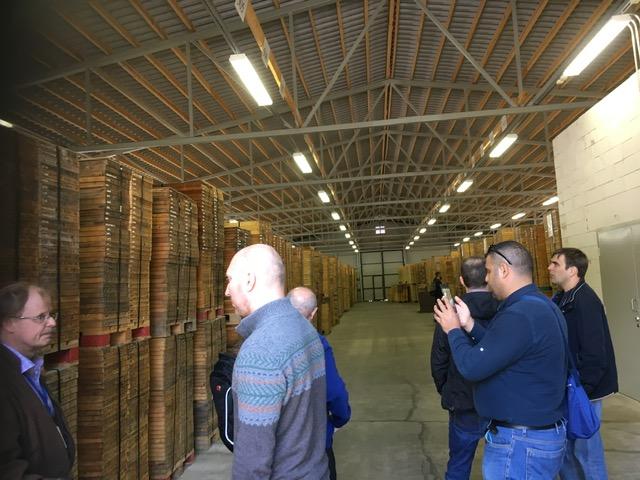 Photo 3 – Delegation is Looking at Core Archived at Loppi Facility 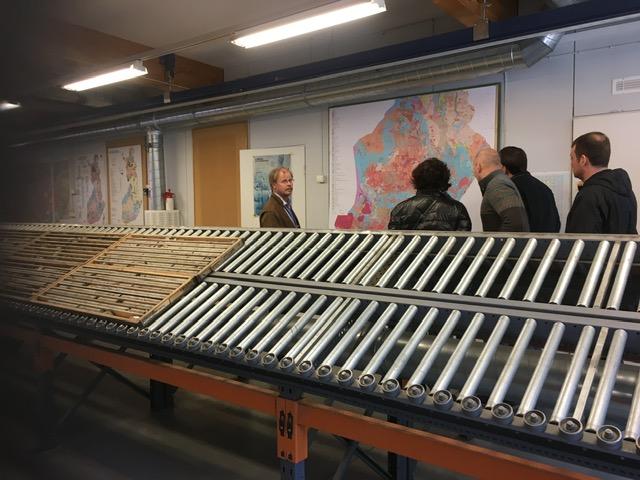 Photo 4 – Russian and Azeri Geologists at Core Storage in Loppi

Representatives of the companies Norilsk Nickel, EVRAZ, Severstal, SPb Mining and KIP-engineering met in the polar city of Kiruna (Sweden) with a view to exploring the latest developments in the field of underground automation and dispatching of companies Epiroc and ABB.

Some of these developments have been implemented at the Malmberget underground mine (an annual production of 18 million tons) of the Swedish state company LKAB, which the delegation visited.

Russian and Kazakh miners were also addressed by leading experts of the Canadian company Bombardier (remote control of underground compositions with ore) and Swedish Metso (the latest development – lightweight bodies of dump trucks with crammed lining). 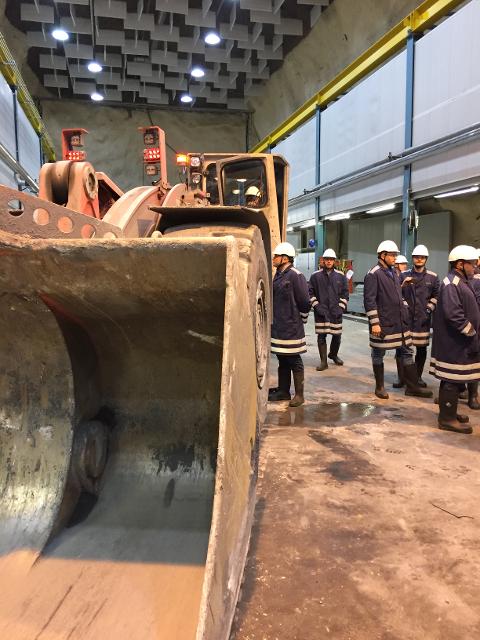 Photo: 1250m down Malmberget underground mine 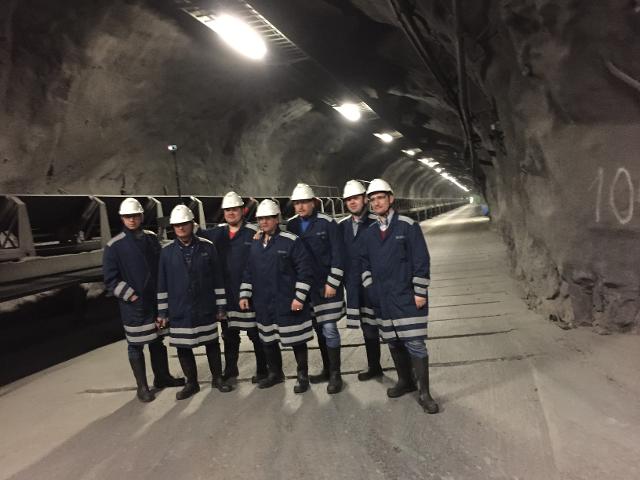 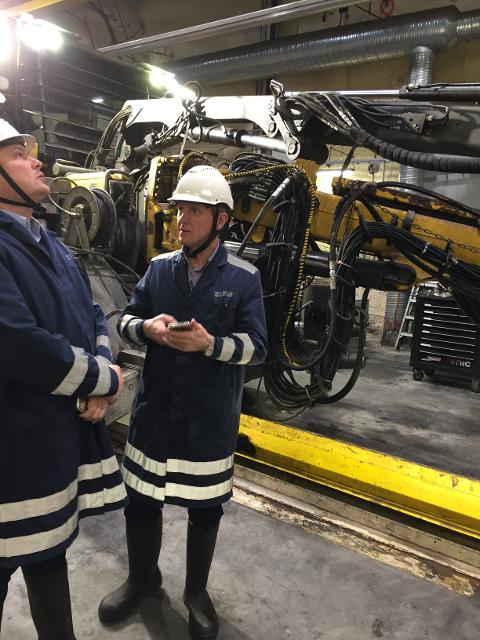 November 20 – 24, 2017 a seminar on the topic “Corporate social responsibility as an element of a long-term sustainable development strategy” was held in London. Heads of companies such as “Severstal”, “Metallinvest”, “Norilsk Nickel”, “Sibur” participated in discussions with Instinctif, Flag Communications, PwC, Kreab, and others on how the activities on sustainable development, social responsibility, support of the local population and ecology are reflected in the reports of such companies as Polymetal, Polyus, SUEK. At the meeting of the International Council on Mining and Metals (International Council on Mining and Metals), the industry’s tasks in the field of sustainable development and social sphere were considered.
On the pictures: Participants visiting Instinctif and discussing annual reports on Corporate social responsibility. 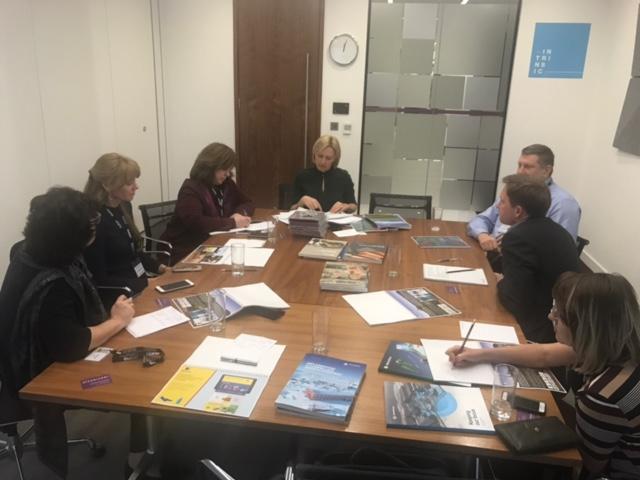 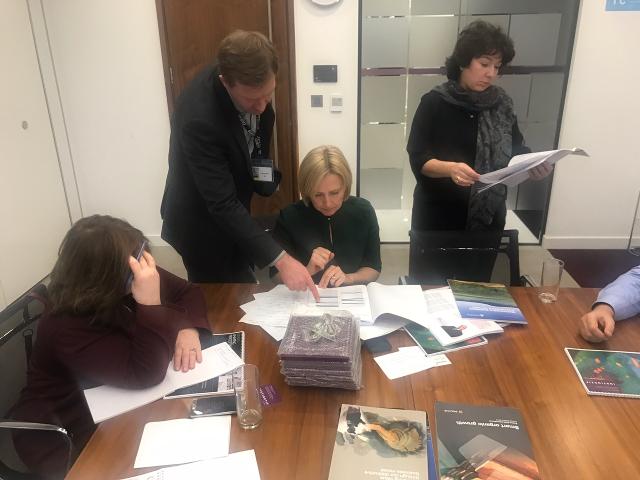 Representatives of Tatneft and Tagras took part in a technical visit to Abu Dhabi to explore advanced methods of stimulating the inflow, drilling and operation of horizontal wells to increase oil production. The program included a visit to the largest international oil and gas exhibition ADIPEC on November 12-16, 2017. 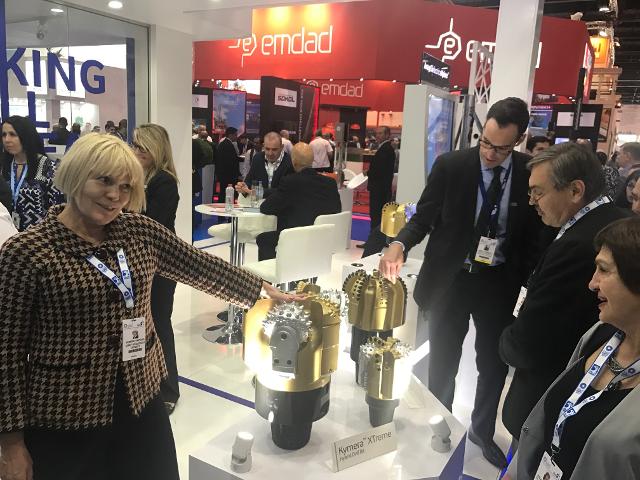 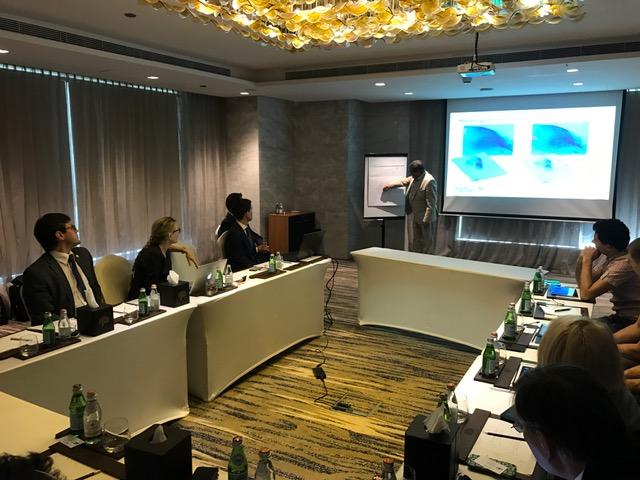 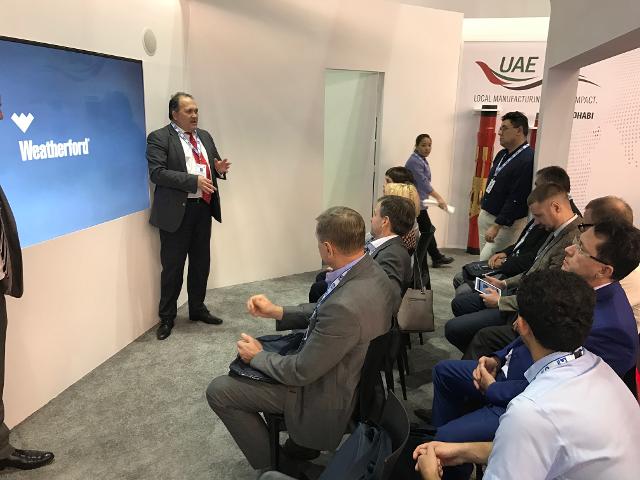 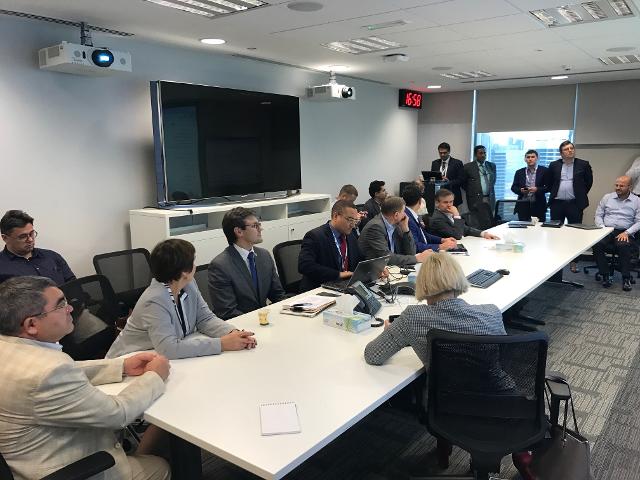 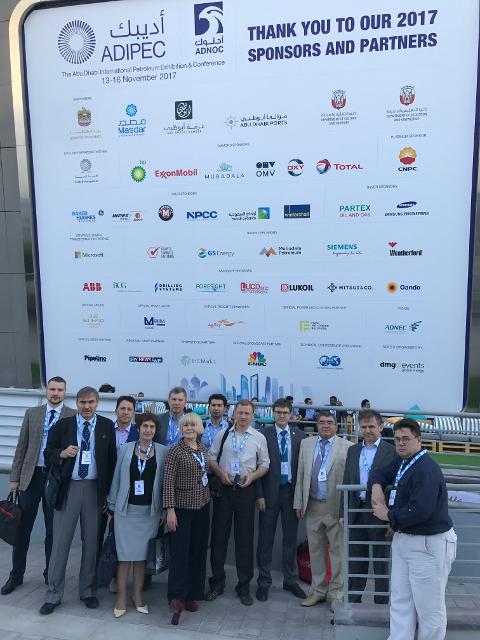 From October 2-6, 2017, a technical visit of Russian and Kazakh gold mining companies took place in Turkey to study the experience of the Canadian company Eldorado Gold at the open cast gold mine Kishladag. Participants visited the mine where gold-bearing ore is extracted using heap leaching methods. 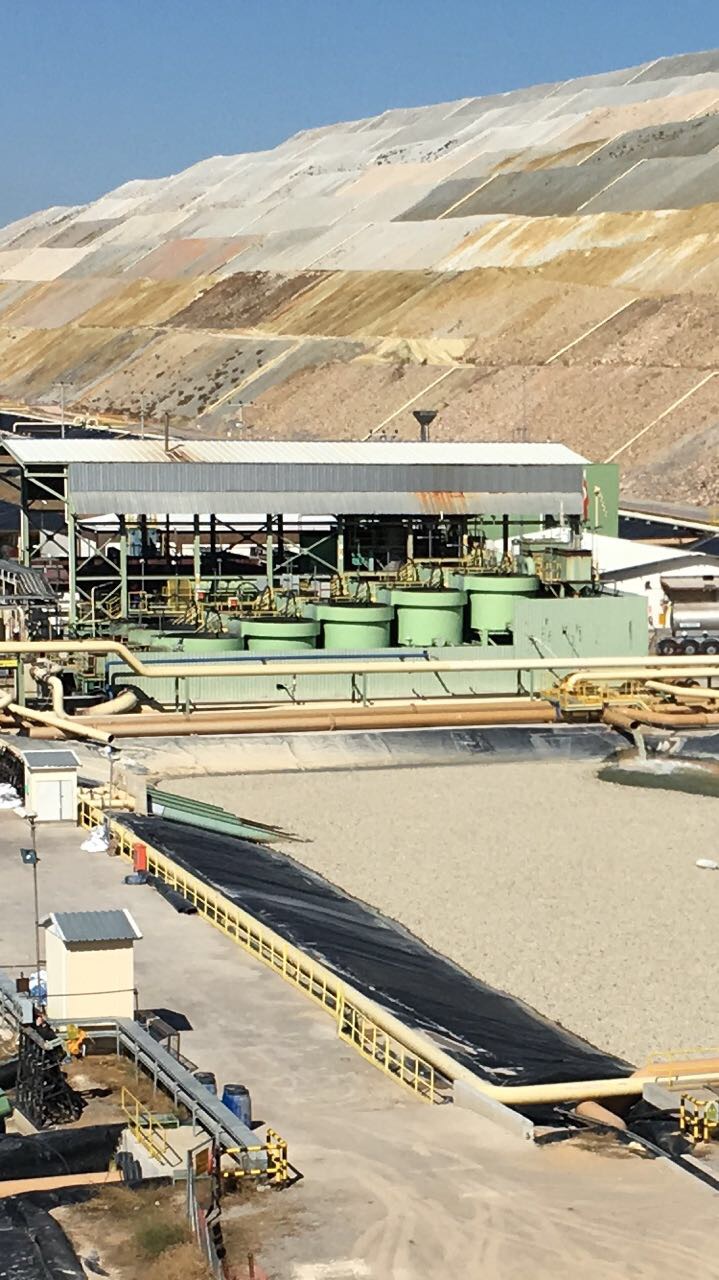 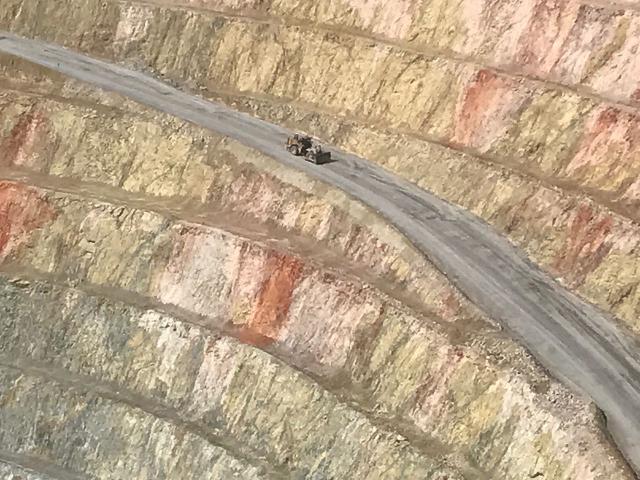 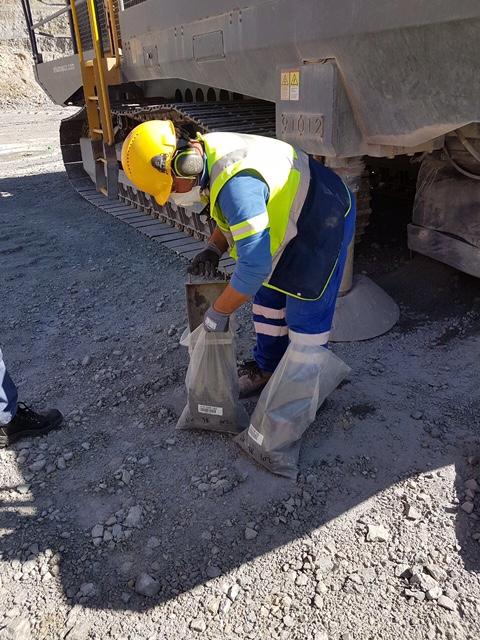 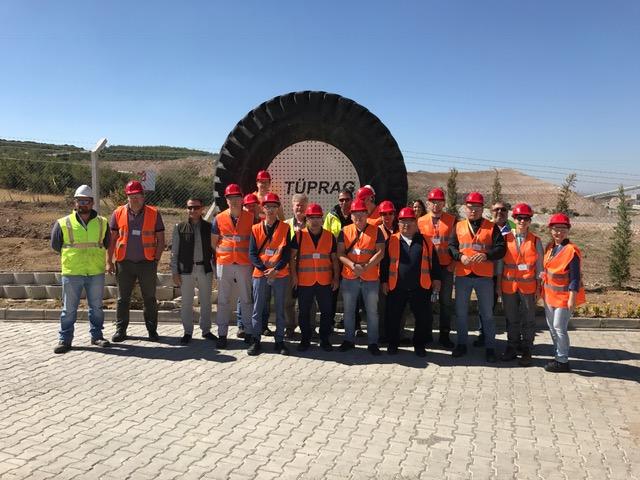 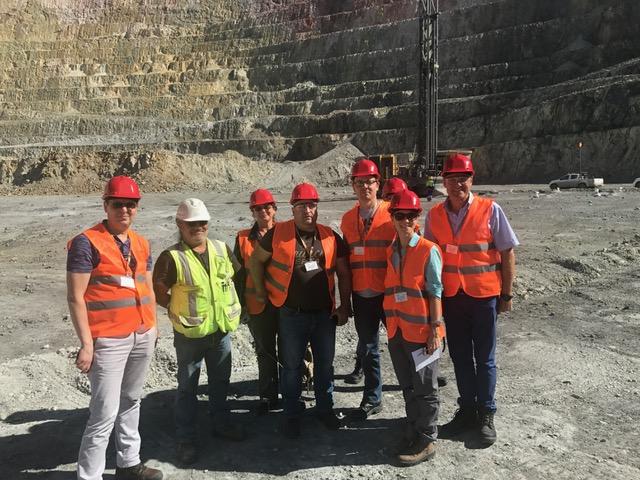 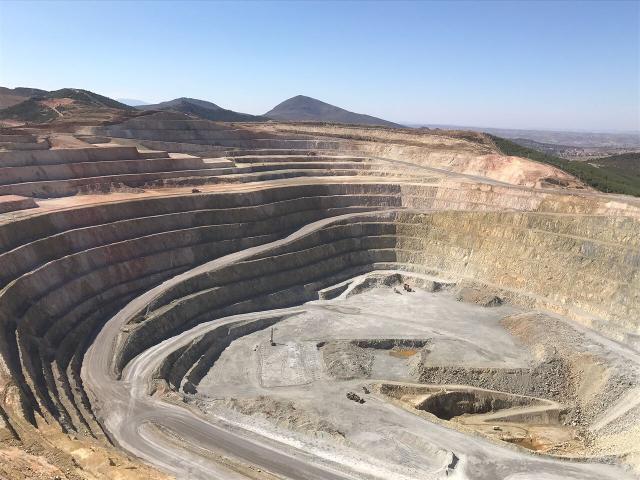 From June 26-30, in the province of Andalusia, in the south of Spain, we organized a visit to the Matsala and Agas-Tenidas concentrators and mines of the mining company MATSA, a joint venture between Mubadala and Trafigura. Russian and Kazakh delegations were represented by Norilsk Nickel, Evraz, Kazakhmys, Eurasian Group, AltynAlmac, Polymetal and others. In addition to the inspection of the mines, the concentrator, the laboratories and the MATSA control room, representatives of Metso, SRK, Siemens, ABB, Atlas Copco, Weir, Aurum, Siemens and other companies took part in discussions in Seville. 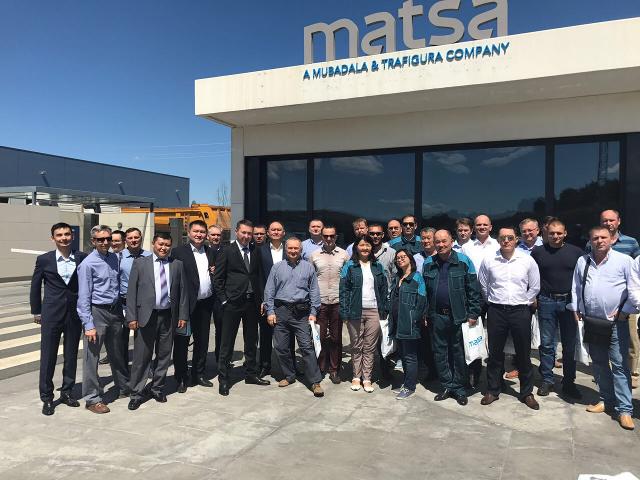 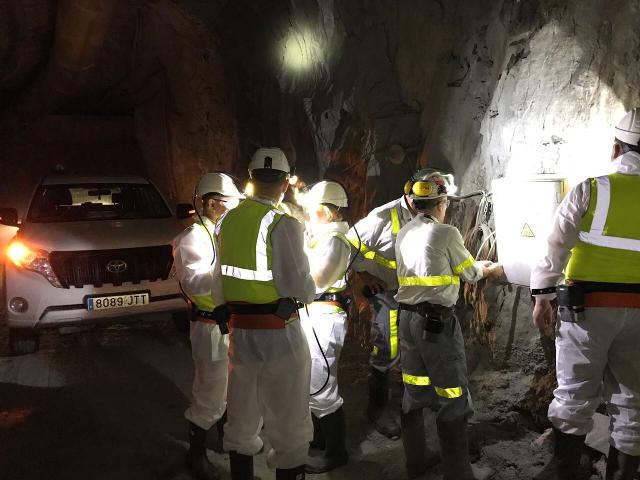 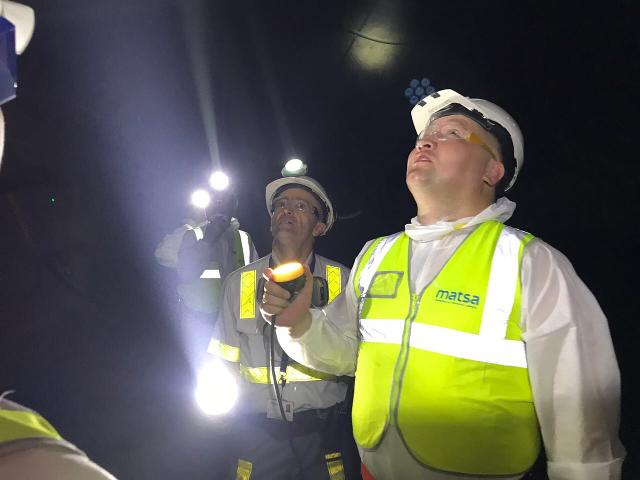 From May 16-18, 2017 in the head office of “KazakhstanTemirZholy” a corporate training seminar was held in Astana on the theme: “British law on combating bribery”. More than 30 employees of MTS services, procurement activities, internal control and audit of Kazakhstani railways attended. This underlines the importance that the leadership of Kazakhstan’s rail carrier pays to prevent corruption and improve the skills of officials responsible for the prevention of corruption violations, the adoption of a code of ethics, standards and procedures. The participants of the 3-day inhouse-training got acquainted with the best practices introduced by British and international companies. 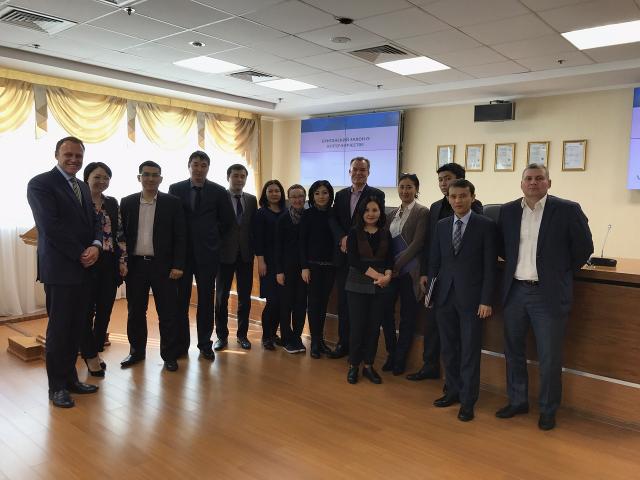