The program of the seminar was very intense and included a series of technical visits to the ports of Belgium, Holland, Germany, and to the coal mine and the fully automated coal depot Boksberg.

The seminar participants were extremely impressed by the achieved level of digitalization and reduction of human labor, used during the transshipment of iron ore and coal in the ports, high operational efficiency, which the operators of Hansaport in Hamburg were able to achieve. Hansaport is the largest port for transshipment of coal and iron ore in Germany, where it processes up to 110,000 tons of iron ore and 70,000 tons of coal per day. The storage area for 2 million tons of iron ore and 1 million tons of coal is 350,000 square meters. On the territory there are 4 unmanned locomotives, located 14 km of railway tracks and 10 km of conveyor belts. There are 5 combined stackers and reclaimers working at the same time, and a unique automatic dust suppression system is located throughout the territory. All loading and unloading operations at the port are fully automated. 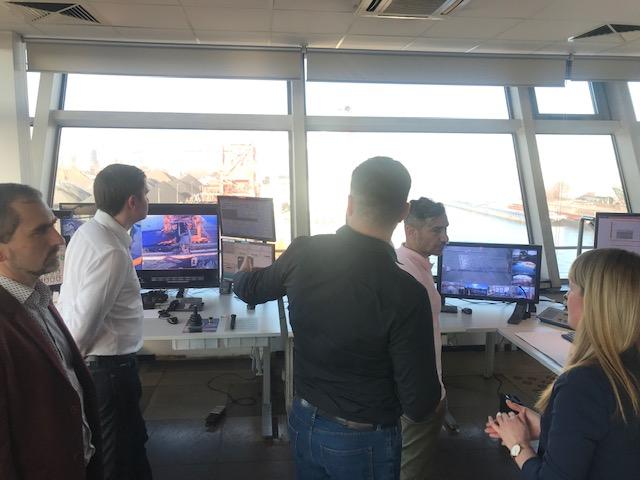 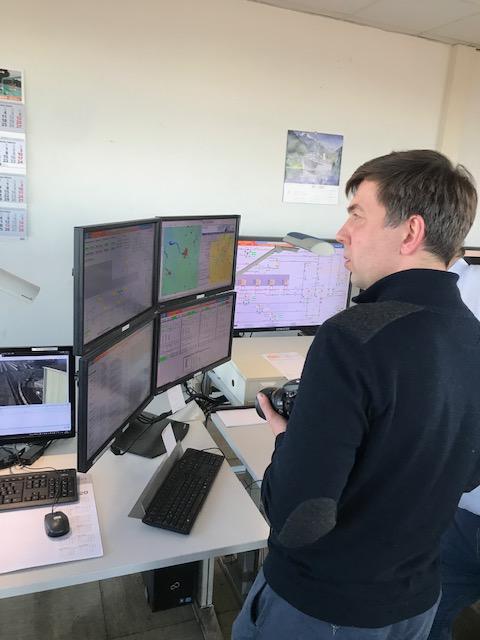 In the photo: Participants during the inspection of the Hansaport Dispatch Office. 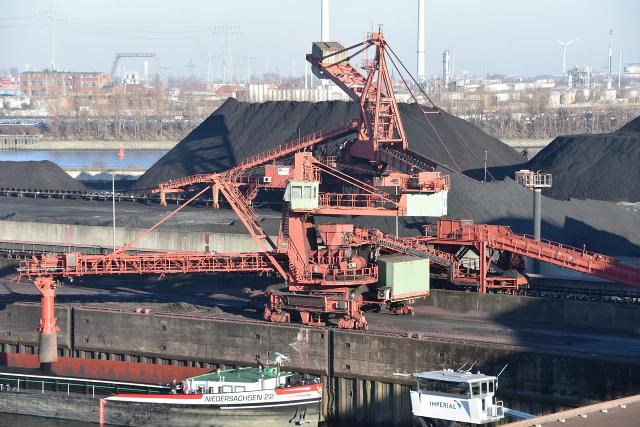 In the photo: Loading of river barges and small-tonnage vessels. 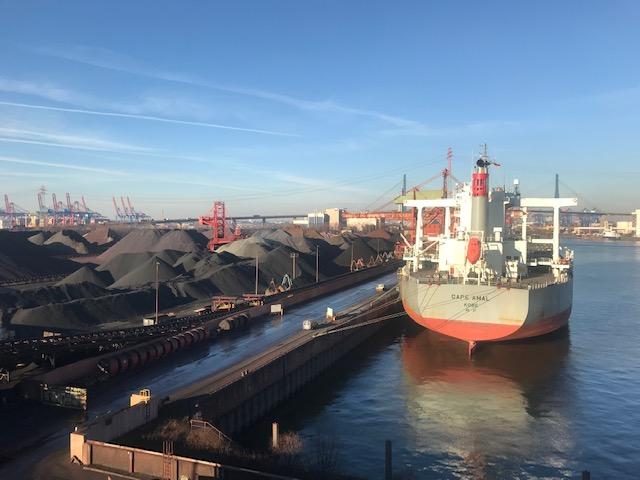 In the photo: Participants get acquainted with the unloading of coal from the Panamax class bulk carrier in the port of Hamburg. The operation must be accurate and synchronized by all participants in the process by the minute due to ebbs and flows to avoid vessel downtime – and most importantly, the dry cargo ship of this class should not be stranded. 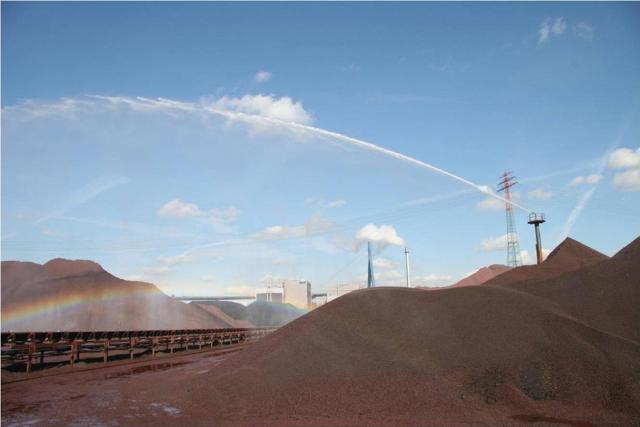 In the photo: Automated dust suppression system in action. The diameter of the spread of the jet reaches a diameter of 90 m, effectively covering all areas of the storage of coal and ore. 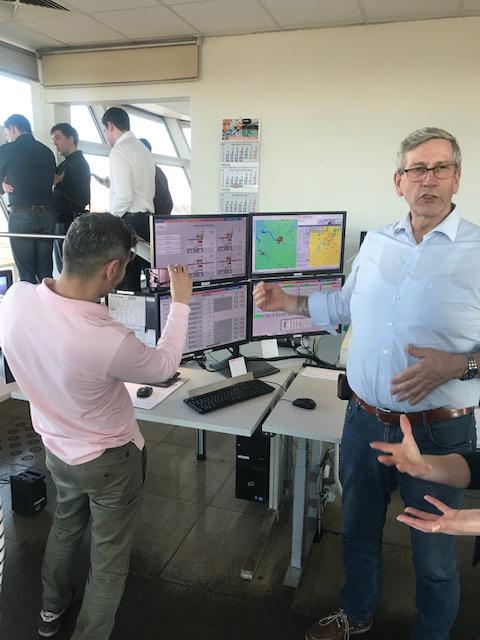 In the photo: All work is controlled by one operator. 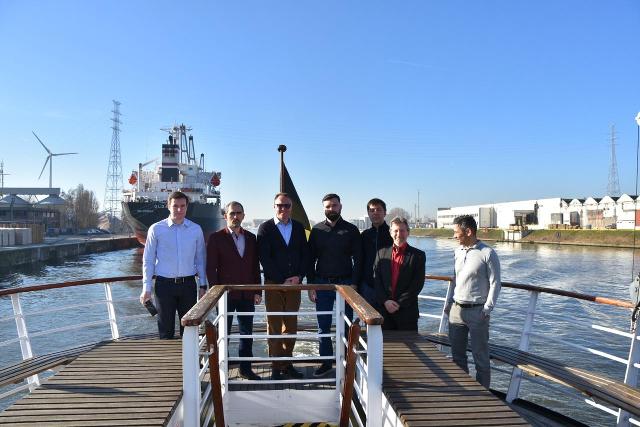 In the photo: The participants of the seminar, accompanied by the leadership of the North Sea Port on the captain’s yacht, inspect the water area of ​​the port of Ghent and the main moorings. 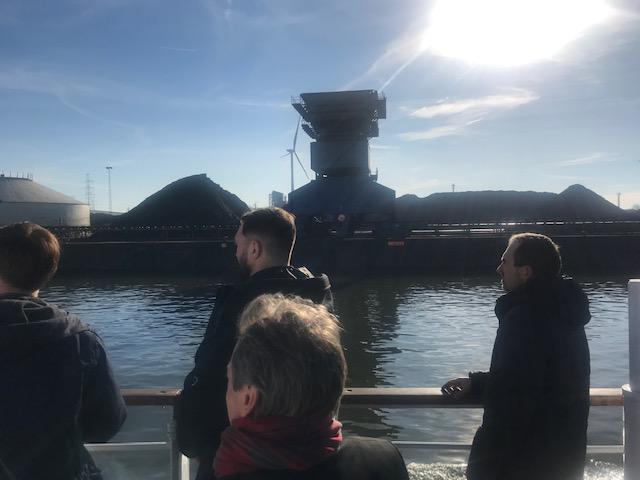 Recently, the two Dutch ports of Wisingen and the Belgian port of Ghent merged into a single commercial structure. The participants familiarized themselves with the work of stevedoring companies and visited the sea terminal for the storage of coal of the company Sea-Invest, on the territory of which 350 plugs of different grades and coal mixtures of various shippers are stored at one time. 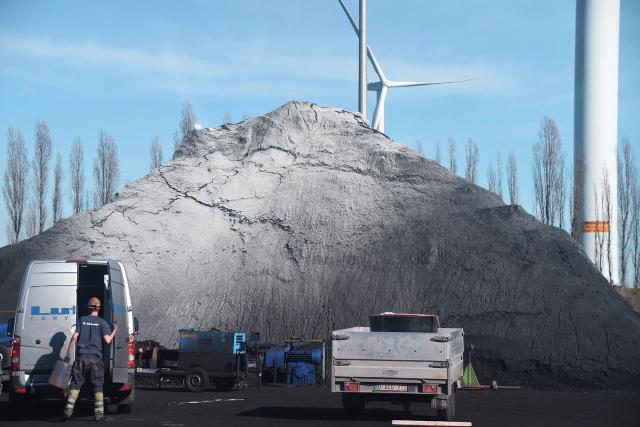 In the photo: inspection of the dust suppression system at the Sea-Invest terminal.

In Boxberg, the trip participants visited the largest coal warehouse in Germany, owned by LEAG, which is part of the energy concern Vattenfalle. Over the past 20 years, together with Siemens, the energy concern LEAG has been automating and dispatching transportation from coal mines, storing, mixing different grades and the subsequent shipment of coal, making Boksberg one of the most advanced enterprises in the industry. Here a fantastically high level of automation has been achieved, in particular, a 3D model of warehouses with data on quantity and qualitative composition is used, and simple technology for 8 years of operation amounted to less than 1 percent. 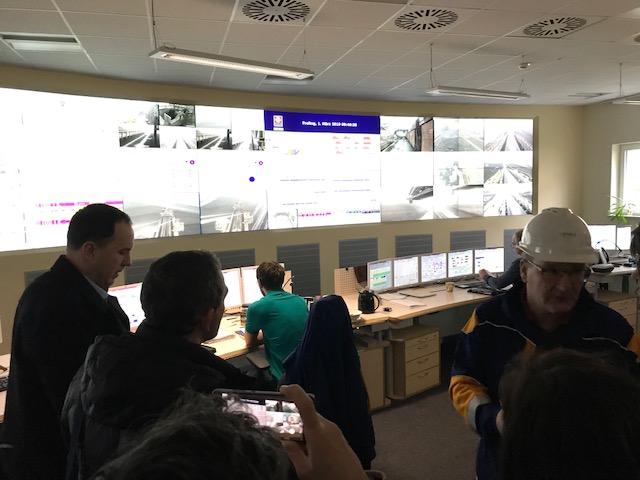 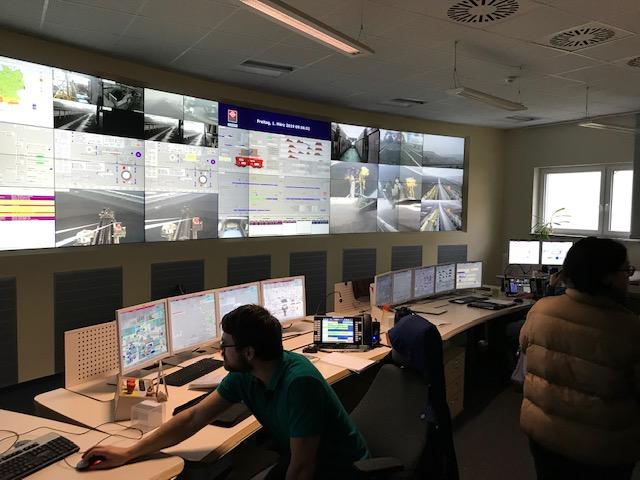 In the photo: During a visit to the control room. 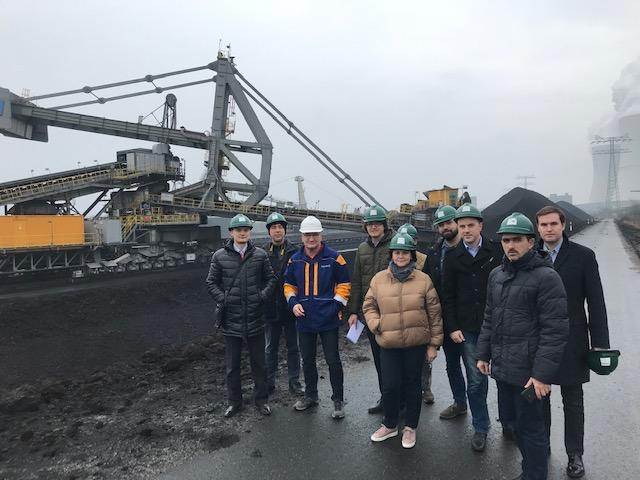 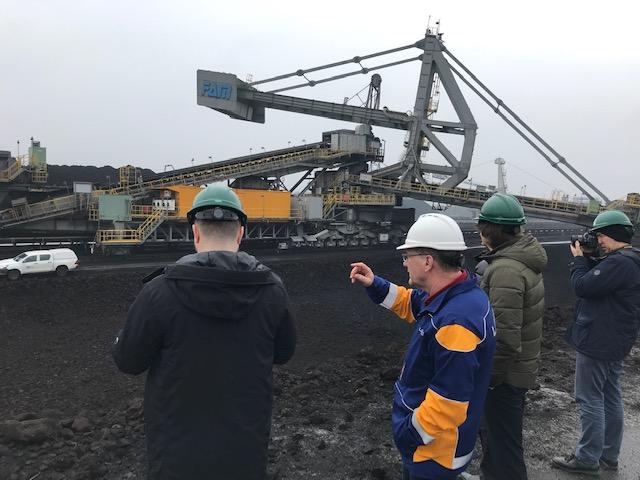 In the photo: During the inspection of the warehouse.

The German specialists were open to discussion with their Russian colleagues, which made the seminar extremely informative. Indeed, it is one thing to listen to presentations from equipment suppliers and consultants, and another to see firsthand how a fully digitized warehouse of bulk cargo works.